The article below is mostly a reprint from the LSA - Life Support Alliance group Newsletter. A big thank you to Vanessa Nelson for all her hard work in Support of the LIFERS. 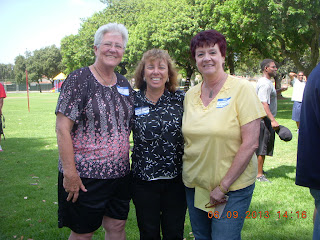 
Senate Bill 9 (also called SB 9) became California law in January 2013. This law gives a second chance to most people who were under the age of 18 at the time of their crime and sentenced to life without parole. They can ask the court for a new sentencing hearing. At that hearing, they will have the chance of getting a new sentence with the possibility of parole. SB 9 is in the California Penal Code section 1170(d). SB 9 allows a person who was under 18 years old at the time of a crime and sentenced to life without parole to submit a request to have a new sentencing hearing.

SB 260, introduced by Sen. Loni Hancock (D-Petaluma) is a companion piece to SB 9, Sen. Leland Yee’s bill passed last year that offered relief to those sentenced to LWOP as juveniles. SB 260, not yet fully passed by the legislature or signed by Gov. Brown, is a bi-furcated bill, meaning it offers two levels of action. It addresses all those sentenced to life with the possibility of parole and who were under 18 years of age at the time of the crime, offering the chance to have their sentences reviewed for possible reduction from the life term. Under current provisions SB 260 would require the Board of Parole Hearings (BPH) to hold a Youth Opportunity Review Hearing,

Those with the same category of offenses but sentenced to or with a base term of more than 40 years will be considered during the 20th year of imprisonment.

For those with a second degree homicide conviction, the hearings will be held during the 15th year inside and for those with a first degree murder conviction, in the 25th year of their prison term. The bill also provides for a review of circumstances 5 years prior to the window for the Youth Opportunity Hearing, similar to the documentation hearings, to provide information on parole hearings and suitability requirements. If the youth hearing does not result in a recommendation for parole the denial time will be limited to 3 years.

There are other factors included in the language of SB 260 relating to what factors shall be considered in the Youth Opportunity Review Hearing, including the exclusion of those convicted under 3 Strikes from consideration under the bill or those convicted for first degree murder with special circumstances.


Having already cleared the Senate and the Assembly Public Safety Committee SB 260 will be heard in Assembly Appropriations Committee the second or third week in August, when the legislature returns from recess.
Posted by Diane T. Letarte at 1:59 AM 5 comments: