A BIG CONGRATULATIONS to the Survivors of the California Department of Correctional and Rehabilitation (CDCR).

Below are just some of the Photos from the BBQ. Special guest Appearance included Sister Mary Sean Hodges (Francisco home and The Partnership for Re-Entry Program (PREP) was established in 2002), Venessa Nelson (Vanessa Nelson heads the Life Support Alliance, which advocates for the fair and unbiased consideration of parole dates for inmates sentenced to life), Attorney Michael Beckman and Family, Attorney Marilyn Spivey, our own Renegade Attorney Diane T.  Letarte with the Post-Conviction Angels (No blondes here!) Yolanda Navarro and Attorney Serena Salinas.


For those of you that are new to the LIFER Legal work.....here is a Summary of this Significant battle against the Board of Prison Terms' and Governor Davis's lifer parole policies by Mr. Rosenkrantz  over 13 years ago........


In re Rosenkrantz (BPT):

In an on-going battle against the Board of Prison Terms' and Governor Davis's lifer parole policies, a California Court of Appeals condemned the BPT for failing to fairly consider evidence of a life prisoner's suitability for parole, and ordered the BPT to re-hear the prisoner's case. (In re Rosenkrantz (2000) 80 Cal.App.4th 409) The BPT subsequently found Mr. Rosenkrantz suitable for parole, but the Governor blocked parole. The prisoner filed an amended habeas petition naming the Governor as a defendant, and on June 21, 2001, a Los Angeles Superior Court judge issued an order for Mr. Rosenkrantz's release, finding that he had been denied an individualized determination of suitability and that the Governor's "no parole" policy violated due process. The state appealed the order and the California Supreme Court granted a stay of the Los Angeles Court's order pending appeal. In January 2002, the Court of Appeal affirmed the order for Mr. Rosenkrantz's release. The state sought review in the California Supreme Court; in an opinion isssued December 16, 2002, the Court denied the challenge to the Governor's "No-Parole" policy, setting back many model life prisoners' hopes for parole. The case is published at (2002) 29 Cal.4th 616. The U.S. Supreme Court declined to review the case on April 21, 2003.

The Picnic was wonderful, tons of food, great Sunny Location, and even greater people attending the Celebration. In addition it was a great pleasure to see some of my Lifer Clients in their regular "street clothes".   :-) 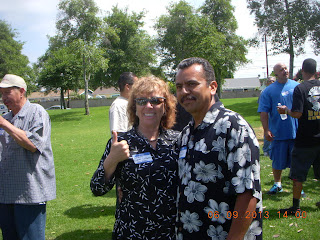 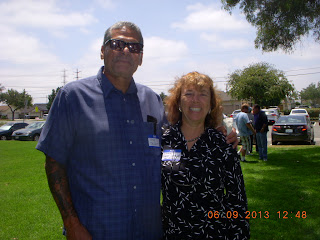