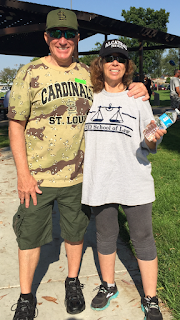 FIFTH ANNUAL LIFER BBQ at City Buena Park - Fun had by ALL again!

The Fifth annual lifer picnic Hosted by Gary “Red” Eccher and Attorney Keith Chandler [ECCHER CONSULTING COMPANY (ECC)] gets better every year, with the typical grilled hot dog, BBQ style. We had additional food items ranging from pizza to fried chicken; delivered on the hour (fresh and hot) for several hours through the day.  The meals were well rounded with veggies, fruits and sweets! We had great 70 ish degree weather with a cool breezes in the typical Southern Sunny California day.
Over 300 people gathered thorough the day at Buena Park from Noon to 6 pm. We had the typical LIFER Group picture (see below) at 3pm. This year there was a Southern California  "Pow Wow" by several Lifer Criminal Defense Attorneys (and paralegals) participating in a strategy session to deal with what seems to be developing anti-Lifer trends at BPH.
(Left:  "Red" and Diane Letarte - aka Renegade Attorney)

On the lighter side - several Photos were taken:
- Courtesy of Attorney Diane Letarte and her legal assistant Yolanda Navarro. 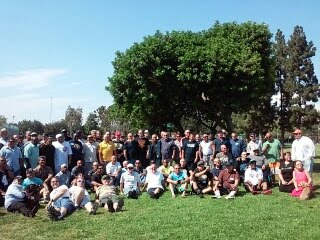 As Vanessa Sloane (:SA) would say: "Some parolees had been out only a few days, some several years, but all were united by the fellowship only earned through surviving the crucible of prison and parole." 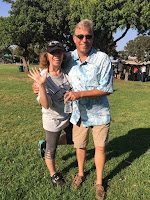 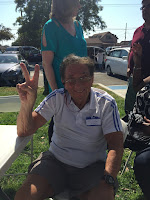 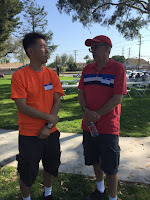 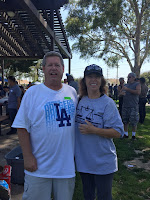 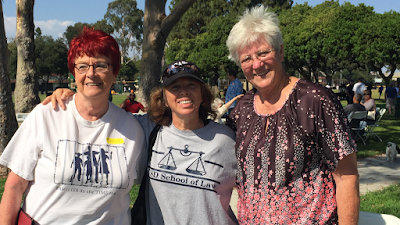 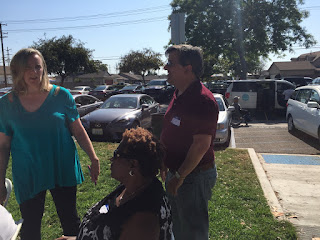 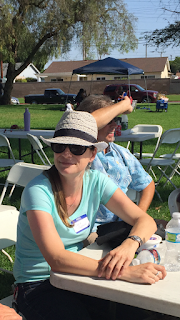 Debbie Page, Laura Sheppard were among several other attorneys that appeared at the Lifer BBQ. 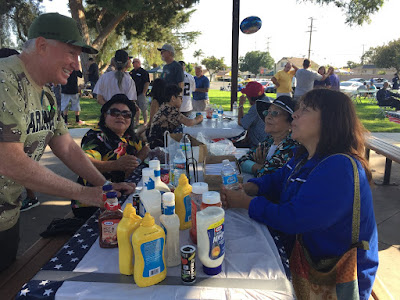 A friendly chat with "Red" and familiar faces of the Law Office of Diane Letarte including Yolanda Navarro, Legal Assistant (Yolanda's mother Irma) and Lydia Lenz! 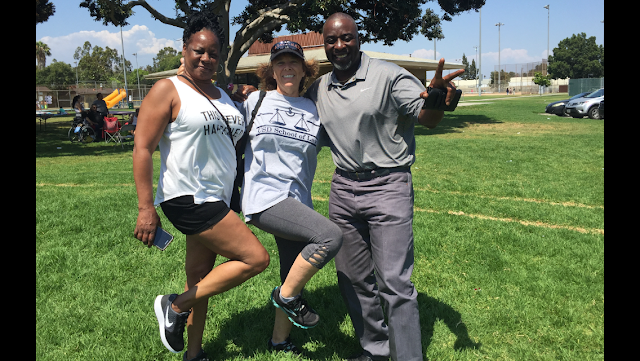 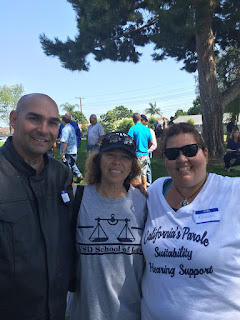 Some of our Clients enjoying Freedom 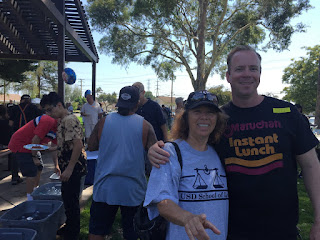 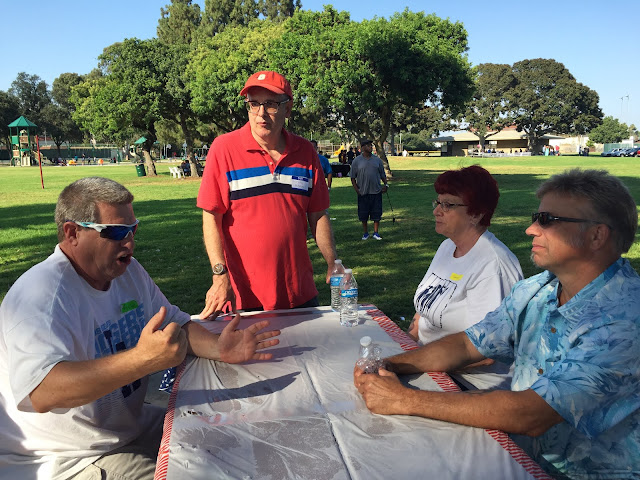 
A BIG THANK YOU FOR ALL THAT PARTICIPATED AND TO ECC FOR ALL THEIR GENEROUS TIME AND EFFORT FOR ORGANIZING THIS ANNUAL LIFER EVENT!